In the years since Amsterdam fell off following enforcement picking up on cultivators, Barcelona has become the cannabis capital of Europe.

It was clearly on display last weekend as thousands of cannabis enthusiasts from around the planet descended on the city to see the best Europe had to offer.

Most reputable minds in the cannabis space would argue that Spannabis is the closest thing internationally to the bigger events on the west coast event circuit. And with the exceptions of High Times’ Cannabis Cups and The Emerald Cup, Spannabis dwarfs most cannabis events in North America. And this year wasn’t even back to full blast yet.

Two years ago, many of California’s best and brightest cannabis minds almost got stuck in Barcelona. The start of the global lockdown coincided with the three-day weekend festival that happens annually in March. While plenty would make the trip this time, most expect next year to really see the cannabis globetrotters back in full force.

And they’ll come for sure. Most of the people who hold the keys to Europe’s expanding cannabis marketplace are in town for the show. They check in on where the game is at the moment and take meetings with various North Americans.

Much like The Emerald Cup’s Harvest Ball this past December, a big part of the excitement all weekend revolves around the quality of cannabis rather than the business side of things. But that all intersects when you’re talking about seeds. Spannabis is now a major global crossroads for genetics going in all directions. 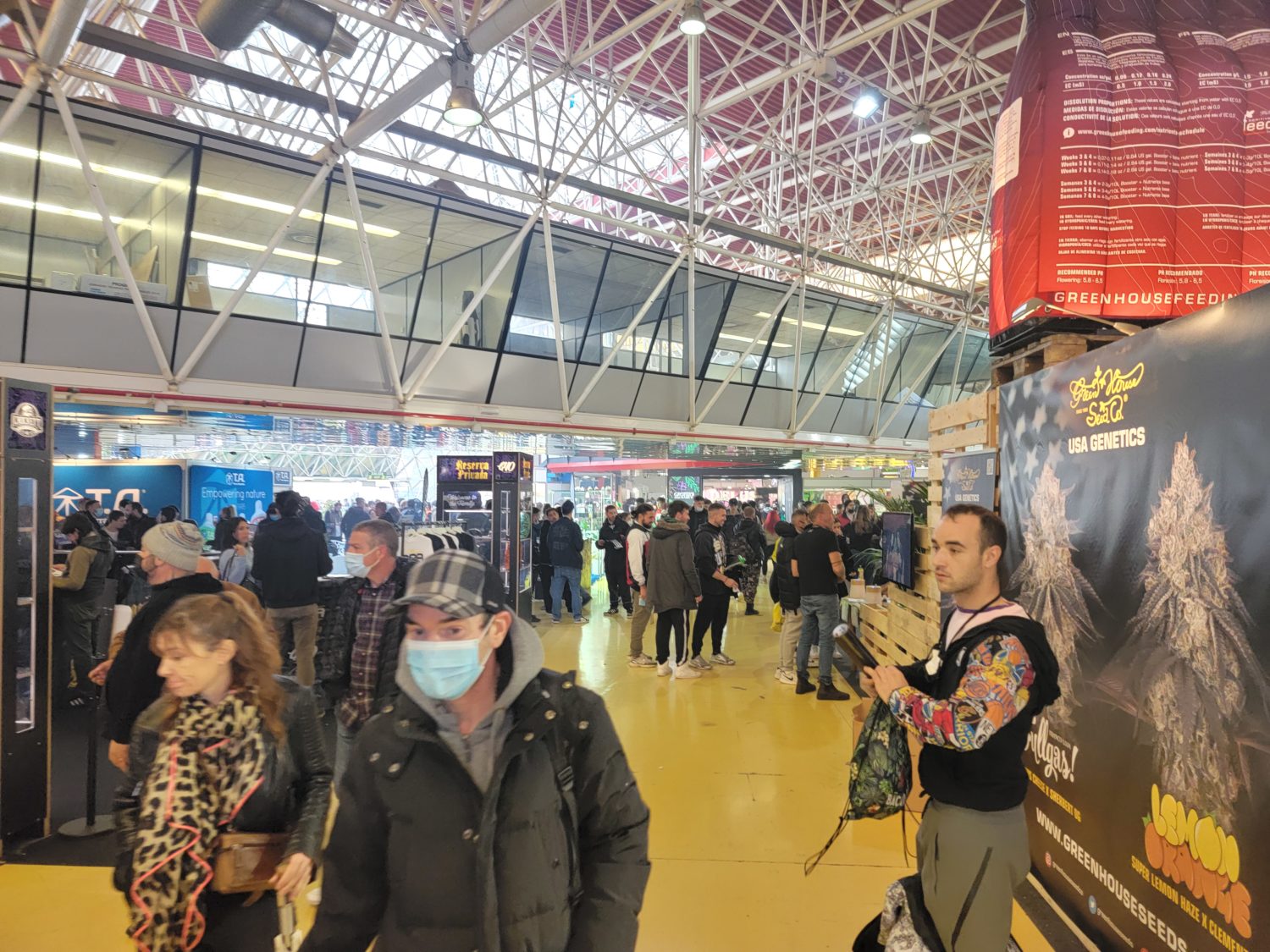 One of the budtenders at popular Barcelona social club HQ told L.A. Weekly they generally see the California hype strains about a year after they blow up on the west coast.

Mike Mallon has helped bridge genetics from California to Spain over the years. When Mallon isn’t creating art as @LotComedy, he’s helping seed companies get their footing in Europe.

“When I first started going to Spannabis, the role of the American was to bring hype and attention to clubs with the brands they represented, but now after the pandemic, it feels more like the role has changed,” Mallon told L.A. Weekly. “These last couple of years, the quality and brand notoriety for local Spanish growers and hashers has developed to a strong level. The role of the American now is bringing value to the culture by connecting dots and bringing people together despite any connections or politics.” Mallon argues it’s not just about the money. Helping everyone connect is an important way to put the wider international culture on the best footing to succeed and have heat.

“It’s as if we bring all our brands out there together in a show of love and force and support for the international culture, and it sets an example that we should continue to build together,” Mallon said. “We as Americans know how easy it is to fail in these markets if we don’t stick together – maybe we understand that aspect a little more than most countries with cannabis industries and communities.”

Spannabis also many times serves as a launch point for new hardware entering the European market. This year it was the Puffco Peak Pro.

“We love nothing more than being a part of expanding the culture,” Kevin Chapman, Puffco’s events director, told L.A. Weekly. “We’ve seen monumental growth in the past few years here with people smoking midsy BHO; now they’re smoking top-shelf rosin, so super happy to be a part of it and contribute our cutting edge technology.”

Puffco has had to deal with logistics issues over the past few months due to the Prevent All Cigarette Trafficking Act’s impact on vaporizers. The headaches of the moment also have impacted getting European access levels up for their latest products.

“Everybody’s generally hyped, but it’s harder to get our physical products here,” Chapman said. “So as you can imagine, you bring a unicorn over somewhere, and people are more excited to see it.”

Even then, demand is currently outpacing the amount of hardware they can provide Europe through their distribution partners at Pure Sativa.

Gearing Up For The Hemp Era | Community – Yankton Daily Press

Why Social Equity Matters For Cannabis, And What States Are Doing About It

By Steven Palmer (a.k.a. Hazey Taughtme). Introduction to social equity Let’s get one thing straight — the world needs cannabis. Even as far back as 485 BC (just about 1,500 years ago), Greek historian Herodotus described […]

‘Is it all worth it?’: farmers left heartbroken as Queensland floods ruin crops | Queensland

‘Is it all worth it?’: farmers left heartbroken as Queensland floods ruin crops | Queensland