What does the Gutenberg Bible have in common with the American Declaration of Independence? Or a tapestry from the Viking age with Christopher Columbus’ ship? And what connects the nomadic people of the Scythians described by Greek historian Herodotus with a divine mission to the prophet Moses?

The answer to all these questions is:hemp.

For thousands of years, the hemp plant has been part of daily life in diverse cultures around the world. It can be used to make paper or textiles, or for medicinal purposes, and is not only as the mother plant of various narcotics.

As Germany plans to legalize cannabis, it is high time to dispel the myths surrounding the herb to instead focus on its rich cultural history.

The origins of hemp

Researchers agree that hemp originally came from Asia, with archaeological excavations in Japan, for example, showing hemp have been collected by people there for at least 10,000 years.

While prehistoric hemp remains have also been found in India, Thailand and Malaysia, discoveries in what is now China prove that people in the region produced textiles from hemp fibers from around 4000 BC at the latest. 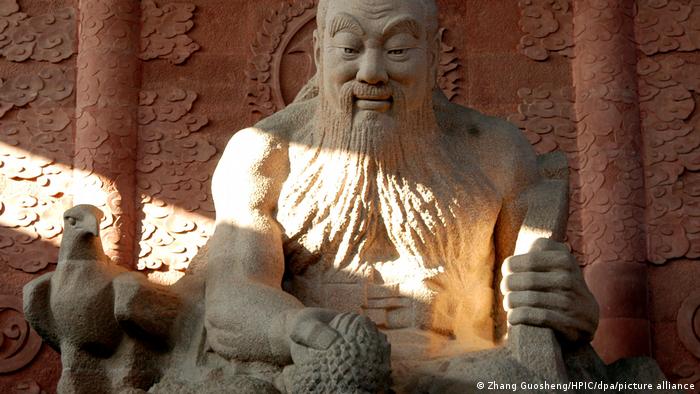 One of the earliest written records of hemp being used as a medicine comes from ancient China, a knowledge attributed to the mythical emperor Shennong and his book “Ben Cao Jing.” Said to have been compiled from oral traditions between about 200 B.C. and 220 A.D., the book describes the medicinal and spiritual properties of hemp.

Not not does the herb allow communication with spirits, it also relaxes the body — though one risks seeing the devil if they take too much.

Was God talking about cannabis?

It is likely that nomadic trading peoples then imported the hemp plant to the West.

“The Scythians rejoice in the sweat bath and howl with delight,” Herodotus wrote. Incidentally, the Latin word cannabis is borrowed from the Scythian language.

Language is an important guide to the early history of cannabis. The ancient Chinese employed extra characters for male and female hemp plants respectively carrying the seeds and the fruits, proving the intensive preoccupation with the plant — and its importance in everyday life.

Cannabis also may have been part of the holy anointing oil that God instructs the prophet Moses to produce in the Old Testament.

In addition to cinnamon, myrrh or olive oil, “kaneh bosm” was to be used. Anthropologist Sula Benet theorized that this Hebrew word was later mistranslated into Greek. So instead of calamus or spice cane, as labelled in the German standard translation of the Bible, it actually meant cannabis.

In 2020, researchers found evidence to back the theory: on the altar of the Jewish temple at Tel Arad in Israel, they found cannabis containing the active ingredient THC (tetrahydrocannabinol), which produces an intoxicating effect when smoked or ingested.

In Europe, hemp’s narcotic properties hardly played a role in its early use. The abbess Hildegard von Bingen (1098-1179) describes hemp seeds in her work “Naturkunde” (Nature Studies) primarily as being digestible.

At that time, hemp was mainly in demand for textiles, shipping, or paper production.

In 1909, during the renovation of a Swedish church, five roughly 3,000-year-old tapestries from the Viking era were rediscovered, some of which had been made from hemp. Fine clothing used as burial objects were also made of hemp fibers.

This was a blessing for posterity: hemp paper is more durable than paper made from vegetable pulp commonly used today, and the precious Bibles were more resistant to time.

The first two drafts of the American Declaration of Independence were also recorded on hemp paper. For the final copy, however, the Founding Fathers opted for parchment made from animal skin. 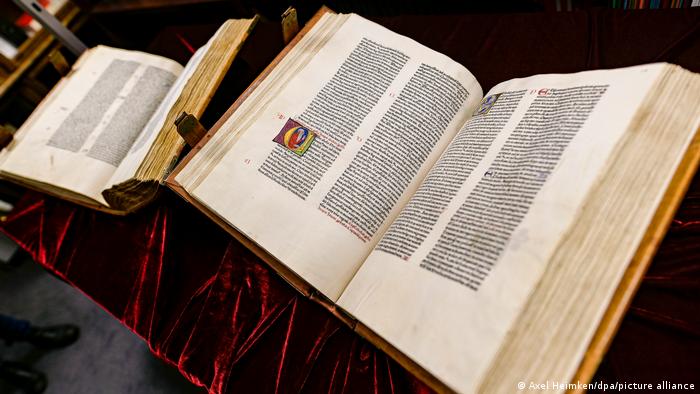 The Gutenberg Bible triggered a media revolution in Europe

His fleet of ships typically relied on sails, nets and ropes made of hemp, partly since it does not rot or go moldy when damp.

Dawn of the hemp era?

With the expansion of motorized shipping, easier-to-process raw materials such as cotton could be imported in bulk and at cheaper costs, and the hemp industry shrank over the long term. By the mid-20th century, even ropes and sails were no longer made from hemp but synthetic fibers.

Hemp’s demise happened with the active support of Harry Anslinger, who as head of the top U.S. Drug Enforcement Administration promoted the demonization of cannabis for over 30 years. The oil industry rejoiced, but the war on hemp failed in the long run.

Not only are increasing numbers of countries worldwide legalizing the use of cannabis, but companies are also betting on hemp.

Beyond the booming medical marijuana business, the plant is seen as a means to reduce carbon emissions and global warming, having been replaced by high-carbon fossil fuels.

Rediscovering and developing such non-petroleum-based technologies may not be the sole cure-all, but hemp could at least be a building block to a more sustainable economy. As history shows, it has worked before.

This article was translated from the German

LOS ANGELES, March 22, 2021 /PRNewswire/ — GKUA Ultra Premium, the cannabis brand co-founded by Lil Wayne, the artistic giant and connoisseur of cannabis, announced today that their highly sought-after cannabis products and strains will be […]

Does Colorado still have a competitive edge in hemp?

Scott Perez used to be one in a handful of registered industrial hemp growers in Southwest Colorado. But as more people began asking him about growing hemp, Perez also became an agricultural consultant, helping farmers […]

Hanover Man Pleads Guilty to Distribution of Fentanyl, Cocaine, and Marijuana Shipped Through the Mail from California to Maryland | USAO-MD