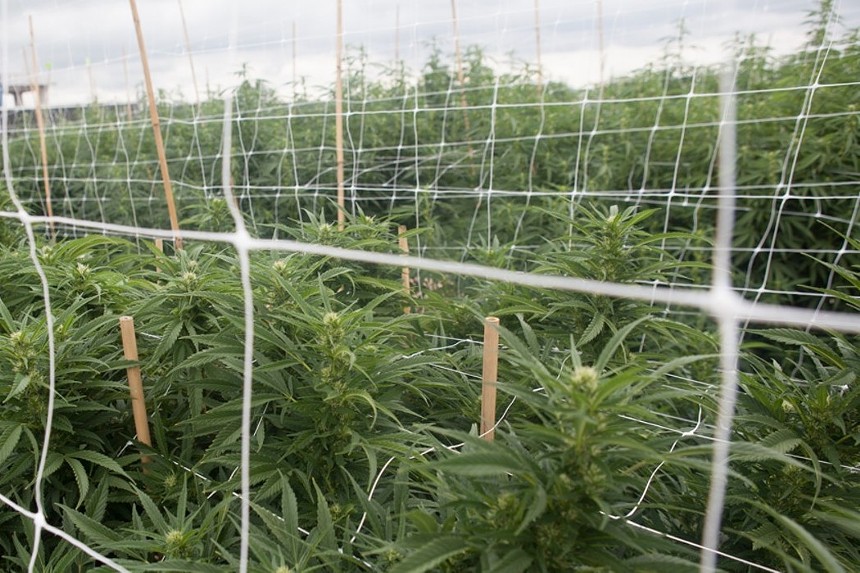 Curaleaf, a publicly shared marijuana corporation with business holdings throughout America and Europe, just announced that it has finalized the acquisition of Los Sueños Farms, Colorado’s largest outdoor marijuana growing operation. The purchase, worth a reported $67 million in cash, stock and assumed debt, was first announced in May, but didn’t close until this month, according to Curaleaf. Two Pueblo dispensary licenses previously held by Los Sueños were included in the deal.

Under the agreement, 61 percent of the sale price will be paid in Curaleaf shares, 29 percent in cash and 10 percent in acquired debt. According to Curaleaf, Los Sueños founder Bob DeGabrielle will continue to oversee the farm and “take responsibility” for the company’s wholesale and retail operations.

Located in Pueblo County, Los Sueños’ outdoor marijuana cultivation comprises 66 acres of land with an additional 1,800 plants grown in an on-site greenhouse facility. Los Sueños originally agreed to an acquisition offer from Shwazze, then named Medicine Man Technologies, in 2019. However, Schwazze terminated the deal in 2020 for undisclosed reasons.

An overhead shot of Los Sueños Farms in Pueblo County.

Los Sueõs joins over 130 dispensaries and growing operations across 23 states currently owned by Curaleaf, as well as a handful of infused-product brands, including Blue Kudu, a Colorado edibles maker purchased in 2020 for an undisclosed amount. Curaleaf also launched Select Cannabis, a line of vaporizer products and edibles, in Colorado earlier this year — after acquiring the original Select brand in Oregon.

Support the independent voice of Denver and
help keep the future of Westword free.

Curaleaf takes over during a busy time for outdoor marijuana cultivations. Labeled Croptober by the marijuana industry, the fall harvest — a major factor in retail marijuana supply, wholesale prices and infused-product materials — is right around the corner, but the Massachusetts-based company made this move with eyes beyond 2021.

According to executive chairman Boris Jordan, Curaleaf purchased Los Sueños to further position itself as a national supplier of marijuana should the United States ever allow interstate commerce — a topic Congress continues to broach.

“We’re very excited about the closing of the Los Sueños acquisition. The vertical integration of our business in Colorado significantly strengthens Curaleaf’s market presence in the second-largest state cannabis market in the U.S.,” he says in a statement. “This deal provides Curaleaf with a high-quality, efficient and low-cost supply of biomass to support our wholesale and retail customers in Colorado and, once interstate commerce is allowed, on a regional scale.”

SEATTLE — Jones Soda Co. is looking to cannabidiol (C.B.D.) and a refreshed marketing strategy to regain profitability. The company has been accumulating losses for 12 consecutive quarters. Net loss for the third quarter was $476,000, […]

20 charts that illustrate the 2020 marijuana market

Making CBD products from scratch is easier than you think