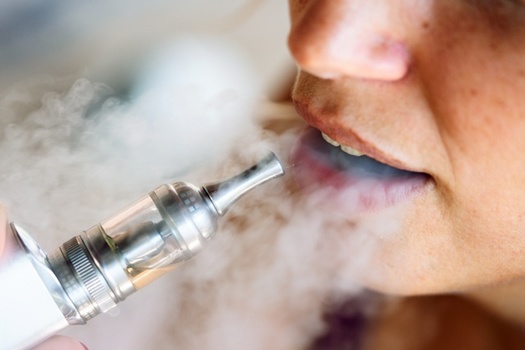 An outbreak of vaping-related lung injury is under investigation by the CDC. (AdobeStock)

In a 2020 federal drug survey, one in five 10th and 12th graders said they had vaped marijuana in the past-year. While that’s about the same as 2019, it’s still nearly double the rate from 2017.

Fran Gerbig, executive director of the Prevention Action Alliance and a Certified Prevention Consultant, contended there are legitimate health risks with vaping, including the harmful substances used in vaping fluid, and the risk of vaping-related lung injury.

She pointed out decision-making, memory and concentration can be affected for days after marijuana use. This is National Prevention Week, with Wednesday specifically focused on preventing illicit drug use and youth marijuana use.

A recent study revealed the more youths are exposed to videos with any electronic cigarettes, the more likely they are to use the product.

Gerbig emphasized the pandemic removed some of the protective factors that kept youths away from vaping and marijuana, while enhancing some risk factors.

“Their abilities to socialize were limited and because of that we saw boredom, we saw increased stress and anxiety and depression,” Gerbig outlined. “And a time on their hands where they could be on social media to see vaping being modeled. I really think it took the wind out of some of the prevention work that was happening.”

Gerbig noted vaping during the pandemic is especially troubling, since COVID-19 attacks the respiratory system.

She added everyone has a role in prevention, and encouraged parents, teachers and other trusted adults to be proactive in educating youths about the dangers of substance use.

“Young people are smart,” Gerbig asserted. “And if they’re provided with good data and understand the expectations that their parents and other caring adults have, they’re very likely to listen and to follow suit.”

Disclosure: Prevention Action Alliance contributes to our fund for reporting on Alcohol and Drug Abuse Prevention, Health Issues, and Mental Health. If you would like to help support news in the public interest, click here.

Is Marijuana Harmful to Health?

There’s just no way to talk about marijuana without someone completely misinterpreting what I say. Some of you are going to call me a fascist for saying anything … source YouTube

In this, the first post of a multipart series, we will debunk the various incorrect ideas, impressions and rumors we continue to hear in the Mexico cannabis practice. As the legalization process draws closer, we […]

Trial and Error: Cannabis and the Big Four Sports Leagues