China is home to a variety of animal and plant species, both common and rare. Let’s take a look of some of the precious bird species found in the country. 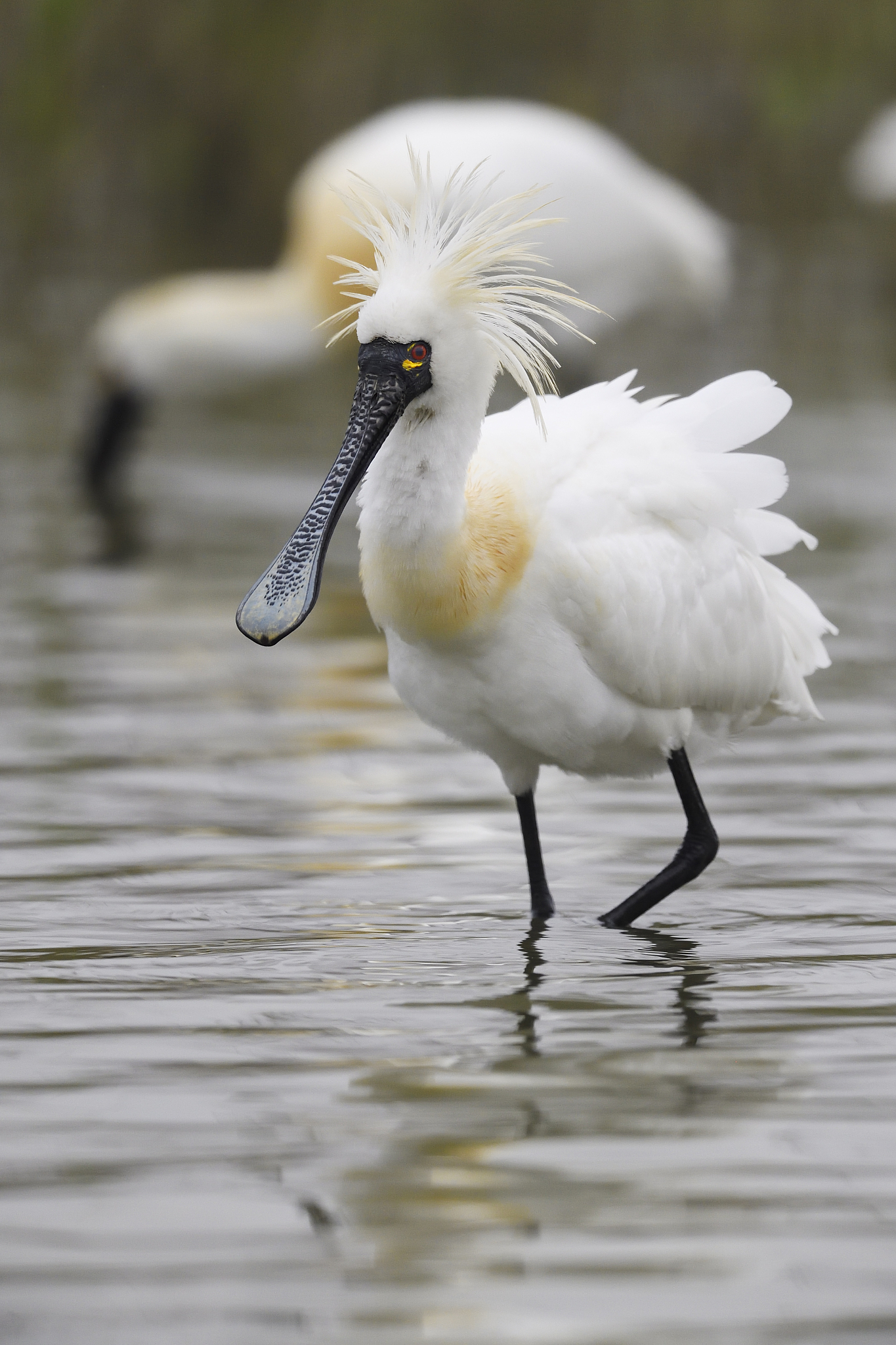 Found in eastern Asia, black-faced spoonbill is a large water bird with a flat and spatulate bill. It is classified as “endangered” by the International Union for Conservation of Nature (IUCN) and is a protected species in China. The bird with distinctively shaped beak breeds between March and September on small islands and feeds on fish and shrimps found in shallow waters. With an estimated global population of around 3,941, the bird is vulnerable to extinction. 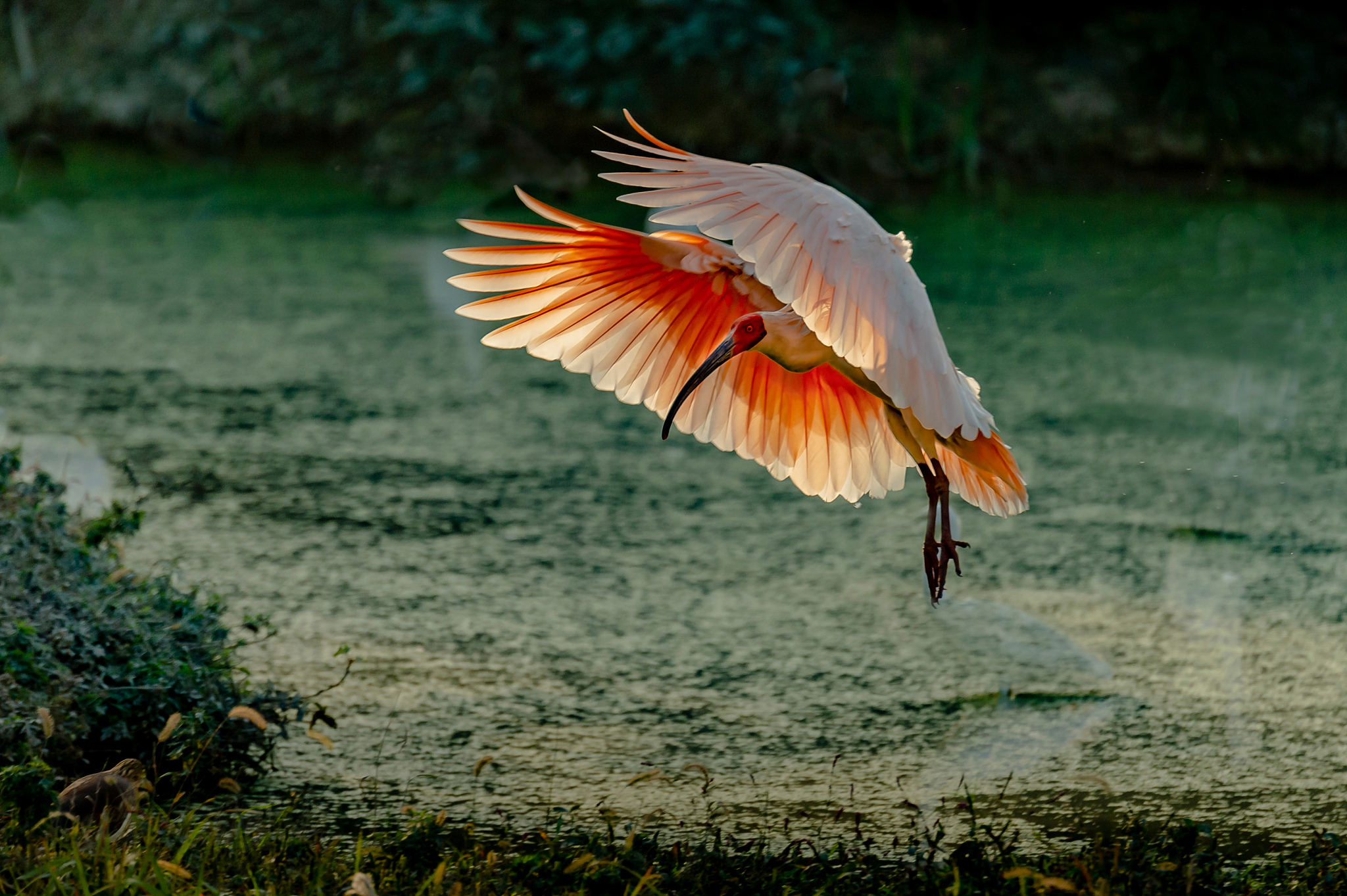 Crested ibis used to be widespread in China, the Korean Peninsula, Japan and Russia. However, due to habitat loss, use of pesticides and fertilizers among other reasons, their global population dropped rapidly in the 1960s. The bird with a red face and claws is classified as “endangered” on the IUCN Red List, but the good news is that their population is increasing. Now there are more than 5,000 crested ibises worldwide. 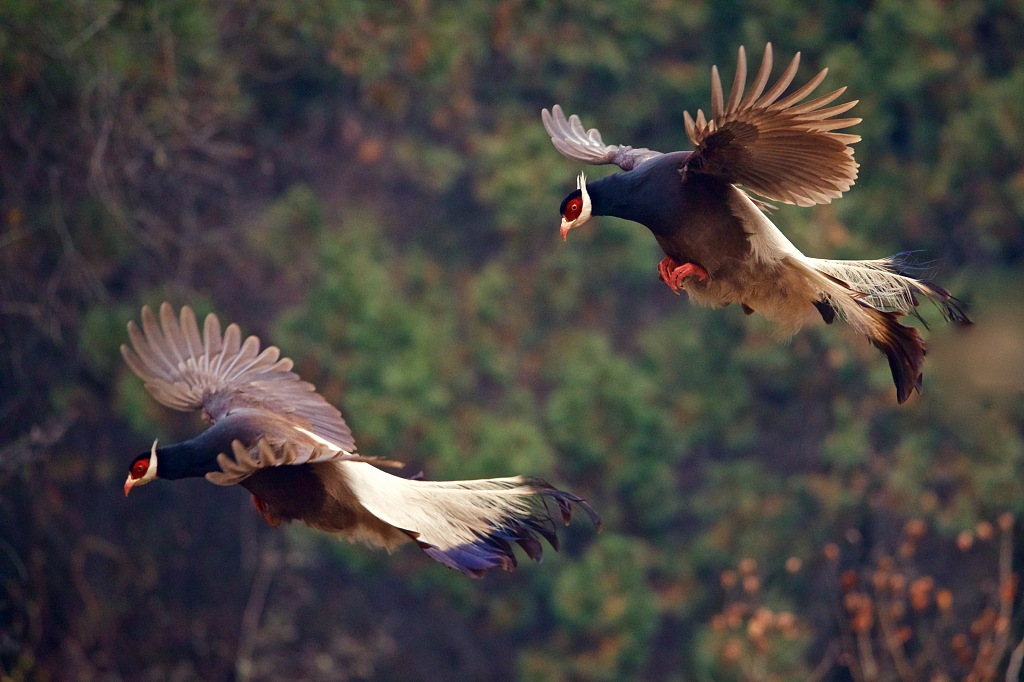 Endemic to China, brown eared pheasant is listed as “vulnerable” by the IUCN. It likes sand baths and is good at running. It is vigorous, brave and good at fighting. From December to spring, it lives in groups to adapt to a more complex environment and defend against predators. 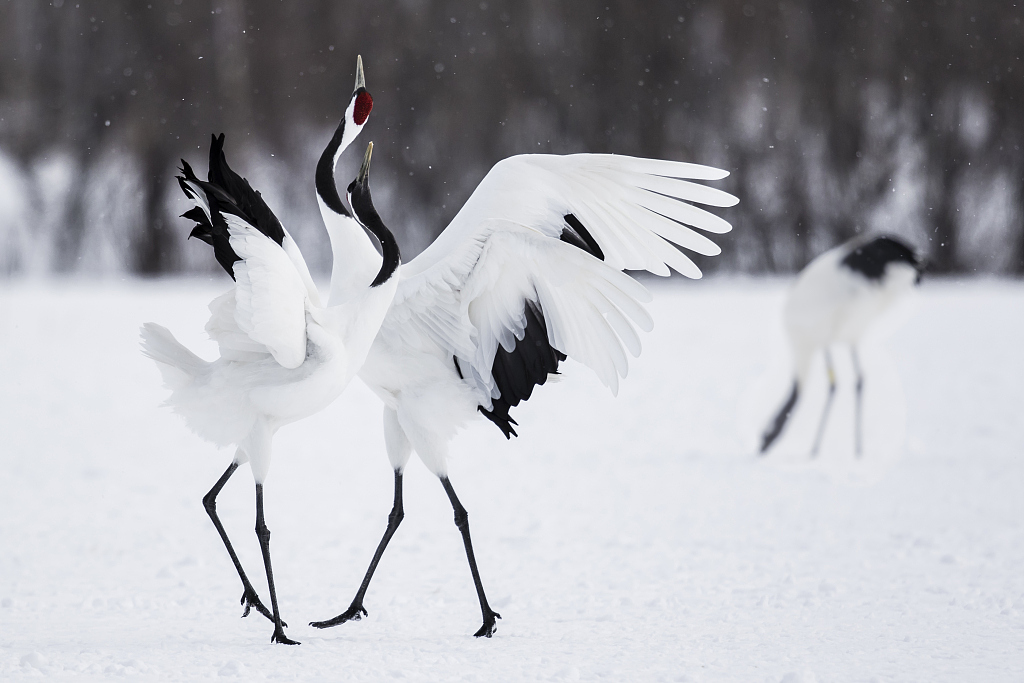 Red-crowned crane is known as a symbol of longevity and luck in China. It is a large-sized bird, among the rarest cranes in the world. The bird is named for a patch of red skin on its crown. It is endangered due to shrinking of wetlands. It has an omnivorous diet, which includes plants, fish and small mammals. 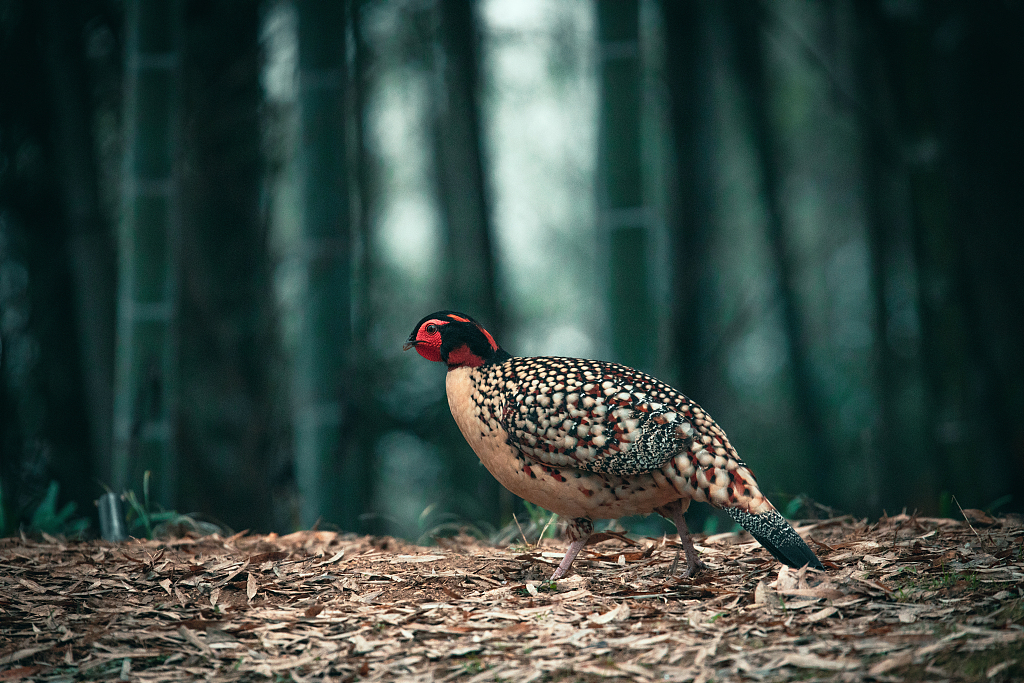 Endemic to China, the Chinese tragopan is listed as “vulnerable” by the IUCN. This ground-dwelling bird mostly feeds on the ground. The bird is good at running and is often seen in dense forest shrubs. They usually form small groups of five to nine individuals. 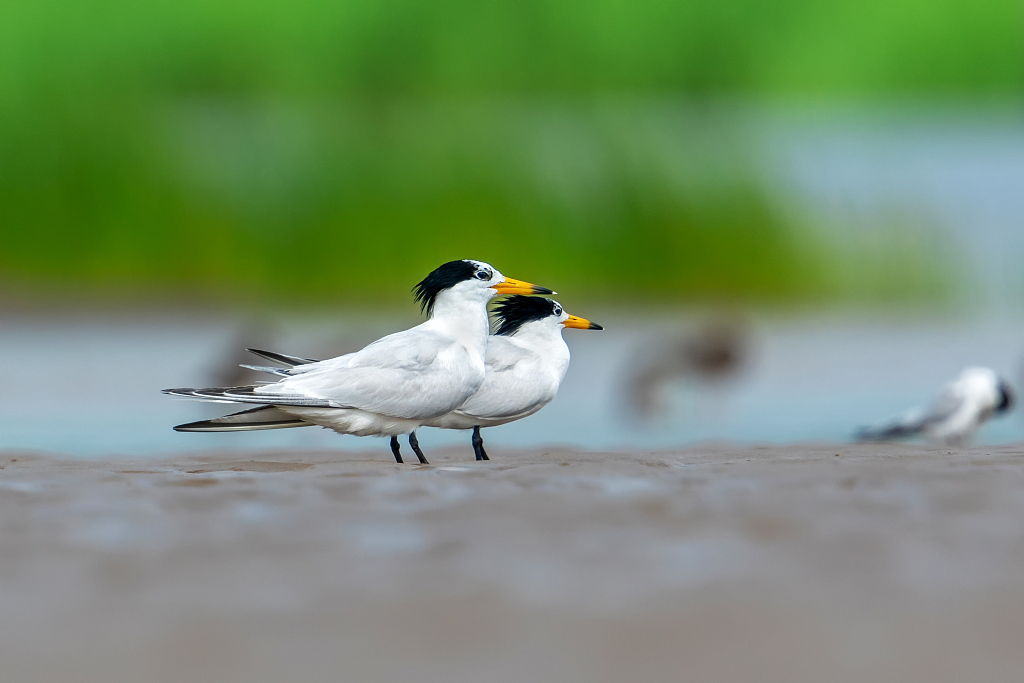 Chinese crested tern is a critically endangered species. The global population of this bird with a black bill tip is no more than 150. There are only a few breeding grounds for Chinese crested terns around the world. Since 2013, China’s Zhejiang Province has been trying to recover the population of the bird. In the past two years, 97 adult birds have been brought in and nearly 30 young birds have been bred. 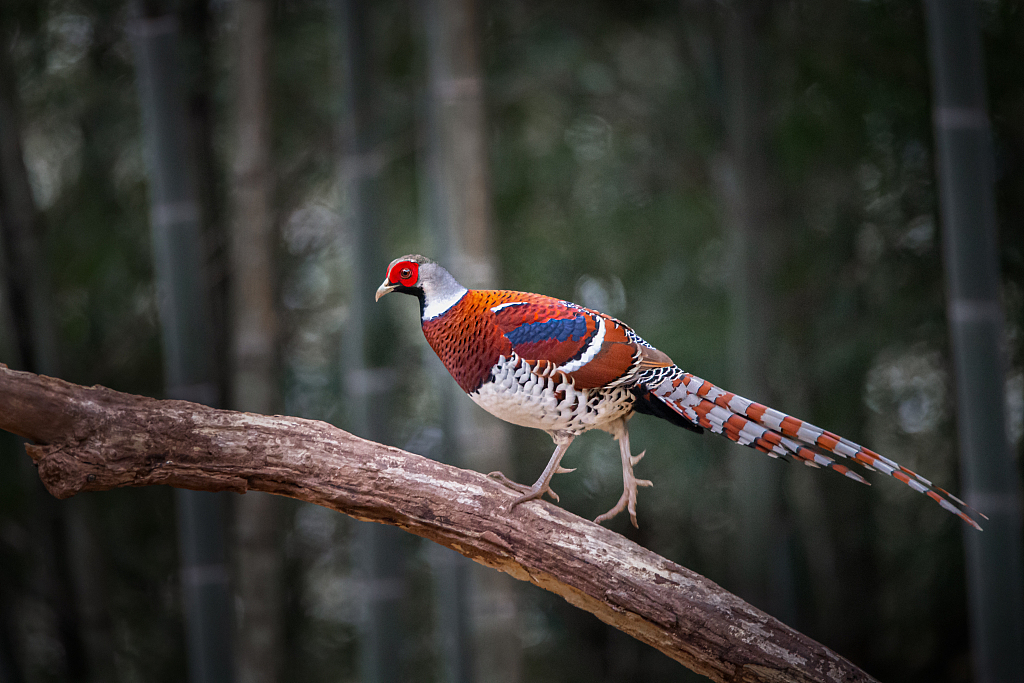 Native to China, the colorful bird lives in mountain forests. The bird is timid and alert, and rarely chirps when it moves. When they sense danger, they take off immediately. Due to hunting and forest destruction, the population of the bird has declined sharply.  It’s evaluated as “near threatened” by the IUCN.

(If you want to contribute and have specific expertise, please contact us at nature@cgtn.com.)

Turkey seizes over 1 ton of marijuana in southeast

According to a press release published on February 8, a number of associations, advocacy organizations and cannabis businesses launched the U.S. Cannabis Council (USCC), which they claim is the largest coalition of its kind. The […]

Vape Juice: Everything You Need To Know

Symptoms improved for 70% of patients on cannabis treatment – Health minister