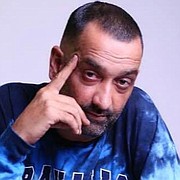 AS JAMAICA continues to work out the kinks, we here in The Bahamas continue to spin our wheels in the mud with no concrete decision in place regarding the legalisation and decriminalisation of medicinal and recreational marijuana (cannabis) nor the establishment of the hemp industry.

There has been a lot of pontification on the matter from both the present administration and her majesty’s loyal opposition, with no definitive plan or laws in place.

Meanwhile, Mexico has taken the bull by the horns, and is on the verge of cornering the market in the region, while they continue to move at a “stoner’s” pace.

Mexico turned heads this week with the news that, legalising and decriminalising recreational cannabis is seriously being considered and very close to being enacted.

The Mexican House supports it, and the president Andrés Manuel López Obrador is expected to sign it into a law.

While the bill still has to make it through the Senate, it is expected to pass, as the MORENA party, who are pro-cannabis, also control the Senate.

“One of the most important aspects is that the National Commission Against Addictions will have the mandate of the regulation of the industry,” Jorge Rubio Escalona, local industry insider and Nabbis Group Co-Founder, explained about the new regulations. “The Ministry of Agriculture will regulate seeds, hemp and growth planning.”

Mexico has also announced what the potential cannabis laws will be, if passed.

THE RULES AND REGULATIONS

The National Seed Agency will regulate all seeds, which will be allowed for personal grows, collective grows, retail, and research.

Hemp will be categorised separately.

Collective grows will consist of two to 20 people with a limit of 50 plants per group, and no option for reselling.

Regulations also control how labeling and branding will work.

Additionally it creates and enforces rules for manufacturing, producing, and commercialising hemp.

There will be licences available for production, sale, distribution, extraction and research.

The Competence Commission will grant all licences and will look at oversaturated areas of the market.

In conjunction with the Ministry of Agriculture, the Competence Commission will define grows as either indoor or outdoor and register them accordingly.

There are also regulations in place for how cannabis will be marketed and advertised, if and when the legal industry is established.

Presently it prohibits mail and phone selling of cannabis as well as vending machines.

As the bill continues through the judicial process, these rules will be considered and amended as necessary.

“The next step is to send the Law to the Senate Chamber; they will accept the changes done in the Deputies Chamber and send the Law to the Presidential Office to wait to be signed and published in the National Official Gazette, after that, the most important process is the creation of the Bylaw which is the implementation details and deadlines. They expect to start the permits and licenses process in 2022,” Escalona said in a recent press conference.

While overall, advocates remain hopeful, there is still some resistance from those who are concerned about the cannabis industry and what that will mean for Mexico.

“Most of the legislative interventions focused on serious concerns for harm reduction for youth and children,” Escalona also said.

“Some political groups voted against the law to protect young people for cannabis consumption. Another concern was the mandate to the National Addictions Prevention Commission, which is not a regulatory body, with no experience in granting licenses, budget and administrative people to regulate and enforce. However, I think that as long as there is education, this can be changed,” Escalona added.

Mexican society has a huge stigma with marijuana (cannabis) because it was related to drug cartels and crime. The lack of education makes families and parents afraid of cannabis consumption, so it will be a challenge to make information campaigns about the plant.

The good news is, the decriminalisation of possession and consumption is on the horizon.

Again could the present administration please stop politicking and pass it already… the bill that is!

Chalk up another milestone month for Colorado cannabis sales. The $127.7 million worth of flower, edibles and concentrates purchased in May from the state’s marijuana shops didn’t set a record for monthly sales, though. That […]

Colorado marijuana sales in November pushed the industry’s annual revenue to $2 billion for the first time. In November, dispensaries sold $175.1 million worth of products, according to figures released by the Department of Revenue […]

Reviewed by Emily Henderson, B.Sc.Nov 17 2020 Nowadays, cannabidiol is a star component, not only in the world of cosmetics, but also in pharmaceutics and nutrition due to its antioxidant properties and its therapeutical potential. […]

Trial and Error: Cannabis and the Big Four Sports Leagues

California, Cannabis and Telehealth: Part I

The legal ‘gray area’ of CBD in pet products