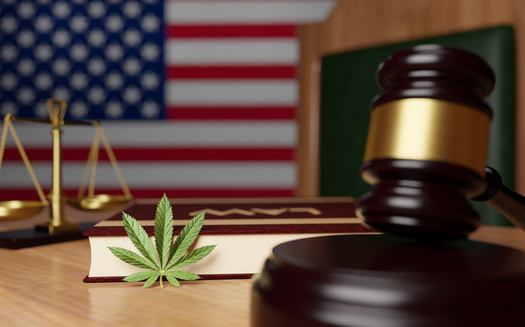 Fifteen states have endorsed legalization of marijuana, and more than 30 have medical-marijuana programs. (Adobe Stock)

The idea faces strong resistance from GOP leaders, but advocates say public polling shouldn’t be ignored in the debate.

Evers’ plan would allow residents 21 and older to possess small amounts of the drug, which would be taxed and regulated.

Fifteen states have either started, or are in the process of enacting, decriminalization programs, including neighboring states such as Illinois and Michigan. Minnesota leaders are debating the issue as well.

Matthew Schweich, deputy director of the Marijuana Policy Project, said it shows it’s not a taboo subject for policymakers anymore.

“Five years ago, it would be difficult for a governor or members of a state legislature to publicly back marijuana policy reform,” Schweich observed.

But he noted it appears more leaders are noticing trends in public polling, including Gallup surveys, which now show 68% of Americans backing legalization. That compares with just 25% in the mid-1990s.

However, Republicans, who control Wisconsin’s legislature, do not appear willing to go along, suggesting they would only get behind a medical marijuana program.

Schweich thinks it’s not just about wanting the drug to be legal. He feels growing public support coincides with a desire to have more fairness and efficiency in the criminal-justice system, while adding revenue during lean budget years.

“It’s really time for elected officials to listen to the people,” Schweich argued. “And unfortunately, we’re seeing in some states, concerted efforts by politicians to reject or thwart the will of the people.”

He’s referring to South Dakota, where a ballot initiative calling for legalization was approved by voters last fall. But some state leaders, including South Dakota’s governor, are suing to block implementation.

In Wisconsin, Evers said his plan would generate $165 million in revenue, with funds going toward rural school districts and underserved communities.

This marijuana cultivator says he grows 'luxury, high-end cannabis,' but what does that even mean?

This Time, a Cannabis Company May Be on the Right Side of the Latest Trademark Dispute

It seems like a new trademark infringement case pops up every week in the cannabis space, and I often find myself using the supposedly infringing cannabis companies as examples of what NOT to do when […]

Using Spreadsheets as Your ERP? Your Supply Chain Could Take a Hit