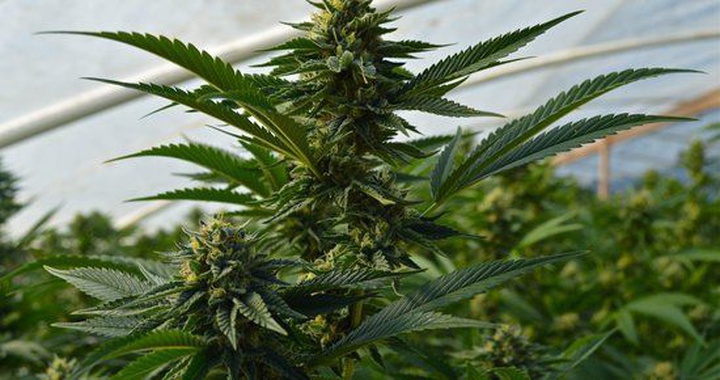 County supervisors on Tuesday overruled a December decision of the Del Norte County Planning Commission to deny a use permit to Jeremy Rodriguez, of Moving North LLC. District 5 Supervisor Bob Berkowitz was absent.

Rodriguez plans to cultivate commercial cannabis in a 5,000 square-foot space of the 9,600 square-foot building at 205 Timber Boulevard. The operation will include a nursery and space for immature plants, a storage area for harvested plants to be dried and a processing room, according to a staff report prepared by county planner Taylor Carsley.

On Tuesday, Carsley told supervisors that Rodriguez’s use permit application complied with cannabis regulations the county adopted in 2019. After touring the facility, Environmental Review Committee staff recommended the Planning Commission approve a use permit. Planning commissioners, however, were concerned that Rodriguez’s plans didn’t include building a security fence around the facility.

Moving North LLC’s proposed location is within the county’s manufacturing and industrial zone areas with a land use designation of light industrial, according to Carsley’s staff report to the Planning Commission.

The proposed hours will be from 8 a.m.-8 p.m. daily and the operation would use 5-10 employees. Cannabis would be grown in raised beds and the product would be sent to a state-licensed distributor for testing and sale. Del Norte County doesn’t current permit cannabis distribution, according to the staff report.

In the staff report, Carsley pointed out that because the operation will be positioned about 400 feet from U.S. 101 and is separated from homes by Rowdy Creek and a riparian area.

According to Rodriguez, charcoal filters would be used to limit odor impacts on the neighborhood. He said he also has an agreement with Pacific Power to purchase electricity using the solar panels on the property.

Rodriguez said he had planned to build a standard fence around the property, one that wouldn’t look out of place, but wanted to see what Planning Commissioners had to say about it. That was the dispute, he said.

“A new fence being built might just draw more eyes to it,” Rodriguez told supervisors Tuesday. “But I will and can build a fence and I can do whatever type is least impactful to the surroundings.”

District 4 Supervisor Gerry Hemmingsen said though he was concerned about the fence issue regarding Rodriguez’s business, he wasn’t sure why it seemed to be a sticking point with his use permit.

“Why would we require fencing?” Hemmingsen asked Carsley and Rodriguez. “It looks to me like there’s enough conditions on this permit already. I have a fenced area at my business and it gets cut weekly. It’s a chain link fence and people go snip snip snip, but we don’t have a problem with people getting into the building.”

Though he argued that the building is already secure, Rodriguez said he plans to add specialized security doors. There will also be an on-site alarm monitoring systems which include motion sensors and a DVR camera. He concurred with Hemmingsen’s assessment that a fence wouldn’t stop anyone who wants to get inside.

Carsley also pointed out that Rodriguez’s conditional use permit and any others approved for cannabis operations in Del Norte County are subject to annual review. The Planning Commission could require new conditions to address any issues that come up, he said.

During public comment, supervisors heard from seven individuals who wrote letters of support for Moving North LLC, adding that the business would provide good paying jobs and Rodriguez plans to support the Adopt a Highway program.

Is Cannabis Safe? A New NOVA Film Explores The Complex Risks And Benefits

Marijuana has been legal in Massachusetts for adult use for several years now, but there’s still not much known about the widely-used drug. A new NOVA film called The Cannabis Question investigates the latest scientific […]

Long-term marijuana use can lead to brain damage, study shows