Cannabis cultivation kicks up a storm

CM admits file to legalise cannabis cultivation in State for medicinal use exists; Proposal moved by the Health Department has been vetted by Law Department 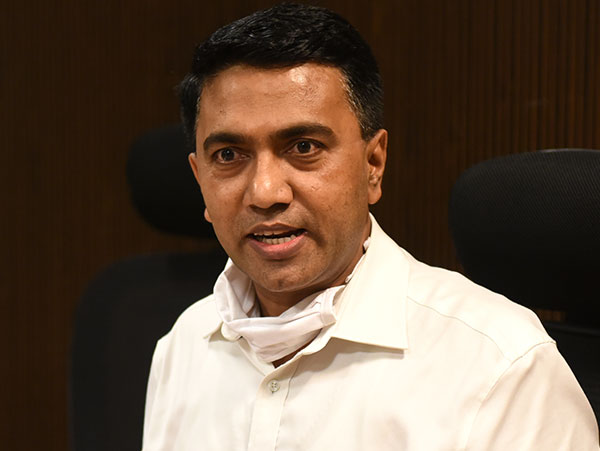 PANJIM: After several controversies this year, Goa Government appears to have kicked up a storm with the Health Department moving a file seeking to permit cannabis cultivation in the State for medicinal purpose.

In the last few months the Anti Narcotics Cell, Crime Branch and various other police stations have conducted several raids for illegal growing of cannabis in the State.

The proposal to this effect has been moved by the Health Department, headed by Minister Vishwajit Rane and has been vetted by Law Department.

Chief Minister Dr Pramod Sawant agreed that file has been moved by the Health Department but also said it does not mean a decision has been taken.

“No decision has been taken on the proposal moved by the Health Department. I do not think we will allow cannabis cultivation in the State,” Sawant told reporters here.

He admitted that a few States have already allowed cannabis cultivation for medicinal purpose but no decision is taken yet by his government.

“A file has been moved does not mean cannabis or marijuana has been allowed to be grown. The government will take an appropriate decision after looking into nitty-gritties,” he said.

Sources revealed that the Health Department wants cannabis to be grown for medicinal purposes and it will be purchased directly by the pharmaceutical companies.

Medical marijuana uses the marijuana plant or chemicals in it to treat diseases or conditions. It’s basically the same product as recreational marijuana, but it’s taken for medical purposes.

The marijuana plant contains more than 100 different chemicals called cannabinoids. Each one has a different effect on the body. Delta-9-tetrahydrocannabinol (THC) and cannabidiol (CBD) are the main chemicals used in medicine. THC also produces the “high” people feel when they smoke marijuana or eat foods containing it.

But it’s not yet proven to help many of these conditions, with a few exceptions, Bonn-Miller says.

“The greatest amount of evidence for the therapeutic effects of cannabis relate to its ability to reduce chronic pain, nausea and vomiting due to chemotherapy, and spasticity [tight or stiff muscles] from MS,” Bonn-Miller says.

Cannabinoids — the active chemicals in medical marijuana — are similar to chemicals the body makes that are involved in appetite, memory, movement, and pain.

‘I like growing plants’: Dad found with 493g of cannabis

A FATHER-OF-SIX who grew almost 500g of cannabis in his Brisbane home with an estimated street value of around $50,000 has escaped jail after appearing in court. David Ljubas, 47, attended the Wynnum Magistrates Court […]

Boulder will soon be home to two dispensaries legally delivering medical marijuana. Helping Hands Cannabis on Pearl Street recently procured its license for delivery and expects to begin service to medical patients in mid-May, according […]