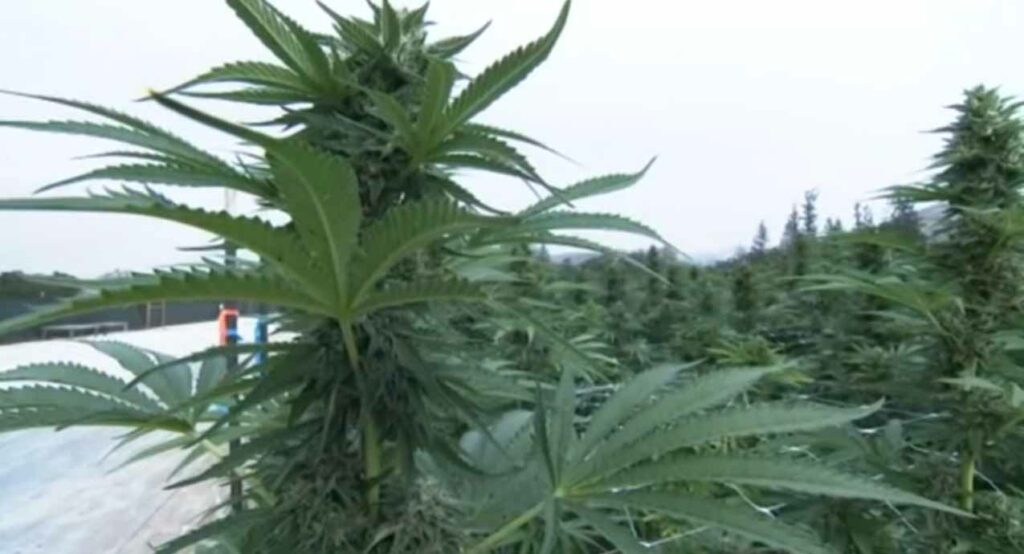 SONOMA COUNTY, Calif. (KGO/CNN) — A young but booming industry in California is carefully watching the wildfire crisis in the state. They’re worried the growing flames will have a negative effect on one of the state’s biggest crops: cannabis.

It’s harvest time in Sonoma County. We’ve already heard about the grapes and concerns about how smoke taint from fires will eliminate some vintages. It is a great concern to Erich Pearson, who is part biologist, part grower, and full-time CEO at Sparc in Glenn Ellen.

Right now, his crop is coming in. Towering, flowering cannabis. Acres of it. In Sonoma County, other growers have concerns about smoke taint as well.

Pearson explained, there is organic smoke from a forest, which is what’s on these plants, because there’s no structures nearby. But if you have a structure fire nearby, you could have all kinds of chemicals on your plant that you want to make sure you test for to make sure it’s not contaminating the product.

After the fires, Pearson had some 20,000 plants to clear of ash. It’s necessary considering that cannabis is easily a $100 million a year taxable product in Sonoma County, and growing both figuratively and literally.

“The wine industry is sort of flattening out,” Pearson said. “Sonoma County can use all the tourism dollars it can get right now because of the fires. And we hope that this industry can add to that.

The ash this year will not be a game-breaker for Pearson, especially considering how several other legal growers lost their crops to the Glass Fire. But even as those flames fade, it is clear; their consequences continue.

CAL FIRE officials said the forward spread has stopped when it comes to the state’s fast-moving Glass Fire. That’s due in part to containment lines.

The Glass Fire has burned more than 100 square miles. At last check, it was

The Ultimate Guide to CBD And Seniors for Pain Pill Replacement – L.A. Weekly

Director says medical marijuana could be in dispensaries this fall | News

Medical marijuana could be available in dispensaries this fall, now that two cultivation facilities passed inspection and have been certified to begin growing plants in Missouri. One cultivation facility near St. Louis and another in […]

(2020-2026) Legal Cannabis Market Sales and Revenue by Companies, Regions, Type and Application till 2026

Coronavirus, Cannabis and Intellectual Property: What You Need to Know

Baking The Perfect Cake (And What To Do When You Mess Up) :: THC /Marijuana cooking

A Certified Organic Labeling Program Is Coming To Cannabis In 2020

2020 is the best year to invest in cannabis companies: Entourage Effect Capital CEO