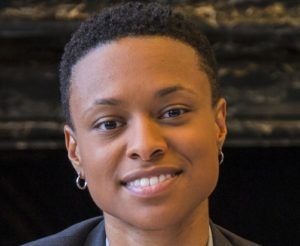 As executive director of the Los Angeles Department of Cannabis Regulation, Cat Packer has overseen one of the most turbulent marijuana licensing programs in the nation since being appointed by Mayor Eric Garcetti nearly three years ago.

While L.A.’s cannabis licensing seems to have gone off the rails since allegations of corruption arose over 100 social equity retail permits last fall, Packer hopes to get the program back on track through an overhaul of the licensing and social equity programs.

One of the biggest changes Packer confirmed is that the 100 retail permits from last fall – for which there were 802 applicants – will be increased to 200 storefront licenses, doubling the number of winners from the September licensing round.

There’s no timeline, however, for when those license winners will be allowed to open their doors, Packer confirmed in a wide-ranging interview with Marijuana Business Daily.

But the numbers alone are a major shift, given that there are currently only 188 licensed shops in the city.

What do you view as the most substantive changes that are being adopted, and what do you hope will be the practical impacts?

A lot of what I’m going to articulate … were in the reports. Those policy objectives were:

One of the policy objectives we had was to clarify the process for applicants who were reflecting a finding of public convenience or necessity; that’s the process that applicants apply for licenses in areas that had reached their limit.

Those are the specific changes and policy objectives we had.

Overall, there was a revision and reorganization of other sections of the licensing program, but that was more just to streamline the process.

What about changes to the social equity program?

One of the most significant and impactful amendments is that we are limiting retail and delivery opportunity to only social equity applicants until Jan. 1, 2025.

We’ve also revised our eligibility criteria for the social equity program, but we’re allowing people to participate in the program based on the original criteria or based on the new criteria.

Part of the reason we have this new criteria is we felt the original criteria was overly broad.

Those are going to be the new disproportionately impacted areas as it relates to the new eligibility criteria, and the criteria itself will allow folks to participate in the social equity program if they meet any two of the following three criteria:

What about the lottery for some future licenses?

We have more narrow criteria for the lottery. That’s, of course, another significant change, that Phase 3, Round 2 – in which approximately 150 retail licenses will be available to social equity applicants.

We’re going to select those applicants through a lottery process rather than through a first-come, first-served online process.

The way that the criteria for this lottery is set up is folks would have to have a California cannabis arrest or conviction and either be low income or live in a disproportionately impacted area.

So it requires an arrest or conviction, plus one, for the lottery.

What’s new is the Council adopted an amendment that would allow for an additional 100 applications to be processed in this round (Phase 3 retail, Round 1, the round for which 802 applications were submitted in September).

What else should cannabis stakeholders know about the licensing and social equity changes?

We had a lot of feedback from stakeholders about what they were calling predatory practices in some of the contracts that social equity applicants were signing, either with investors or other owners.

And part of what we did in our recommendation is to clarify and strengthen that definition of equity share. It was previously just a couple of lines; now it’s multiple pages in our cannabis ordinances.

The definition of equity share still maintains a foundational requirement around making sure the equity applicant has the required profits, voting rights and control of the business.

But we really wanted to focus on the concept of unconditional ownership.

The new definition prohibits the divestment or relinquishment of any part of the social equity applicant’s requisite equity share under any circumstances.

We expanded the definition to more appropriately address profits and payments.

We are requiring the equity applicant be offered the highest officer position in the business, or another individual that’s appointed by mutual agreement of the parties.

What’s the reasoning for allowing only social equity applicants to get retail licenses for five years?

Our goal is the tangible improvement to both our licensing and social equity programs. We recognize there’s a high demand, particularly for the retail licenses, delivery included.

But the reality is that our social equity program is not for non-social equity participants. It’s for communities that were most impacted by the war on drugs.

Will non-social equity applicants be able to apply for other types of licenses?

This interview has been edited for length and clarity.

John Schroyer can be reached at [email protected]

What are the Differences Among Indoor, Outdoor, and Greenhouse Grown Cannabis? | The Hit List

If you have some experience buying cannabis from a dispensary, then you’re probably familiar with the outdoor versus indoor cultivation debate. Cannabis can … source YouTube

Final search for critically endangered Canterbury beetle turns up nothing

The last trip by researchers to hunt for a beetle threatened by a controversial dairy conversion has been unsuccessful. But they say it may still be too soon to write the species off. Only 10 […]

Effects of cannabis on the teenage brain NCPIC + Turning Point